“It is hard to believe that it was two decades ago, in 1994, that our concept and vision for this company came to fruition and TPI was founded. I am thankful every moment for what we have accomplished together as a team at TPI”, said Morris Chia, TPI President and CEO. 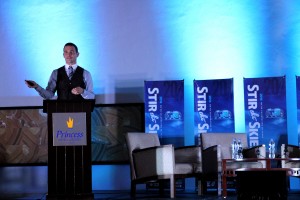 With a theme of “Stir the Skies”, attendees were invited to dream big personally and professionally and to hold steadfastly to those dreams even in the face of adversity.

During his opening keynote address, Chia revisited the company’s humble beginnings in 1994 in Winnipeg, when his financial advisor told him that, “(he) would be better off to work at a regular 9 to 5,” but Chia said, “I had a dream.” It took Chia and his small initial team of staff and travel advisors many years to gain industry acceptance and to become what is today the country’s largest and leading network of independent travel advisors. 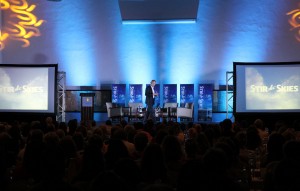 Looking forward, Chia outlined the company’s top 3 priorities for the next 20 months – consumer and advisor engagement, technology development, and taking advantage of industry trends in exclusivity. Tim Morgan, TPI Vice President, dove further in to these 3 priorities alongside Mark Luimes, TPI Director of Technology, and Joelle Goldman, Virtuoso North Central Regional Director of Global Member Partnerships. Together, they outlined a calendar for 2015 which includes over 160 in-person advisor or consumer events focused on increasing advisors’ travel sales, technology enhancements and solutions to maximize advisor efficiency and to take advantage of web-based sales channels, and continuing to utilize value-added amenities exclusive to Virtuoso members to drive consumer retention and referrals.

“Here’s to 20 more years and beyond of living our passion and sharing the many wonders of the world with those around us,” exclaimed Chia. 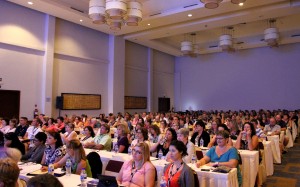 In addition to the record-breaking near-400 guests in attendance, further records were shattered in the form of 50 supplier representatives from 33 preferred partners in attendance. Among those partners was Gary Sadler, Sandals Senior Vice President of Sales, who addressed the crowd on the importance of Sandals’ longstanding relationship with TPI.

The historic TPI 20th anniversary annual conference was made possible by the support of its presenting partners, WestJet and WestJet Vacations, and its platinum partners, TIC Insurance and Transat Holidays/Nolitours, among others.