TPIBookings using bitcoin (what is it, anyway?) create new TPI client base - TPI

Bookings using bitcoin (what is it, anyway?) create new TPI client base 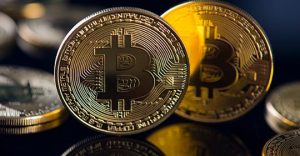 Bitcoin isn’t the only crypto-currency out there, but it’s the best known. You might have heard of it, but like 99.9% of people, you’re not sure what it is. In the travel industry, organizations including TPI have started accepting bitcoin, and just a few weeks ago the host agency processed $75,000 worth of bitcoin bookings.

“It is a whole new world! As with everything, we need to evolve and progress and accepting bitcoin was a natural step for TPI,” says TPI CEO Zeina Gedeon.

“Our advisors have such diverse customers that this was a no-brainer. We support our advisors and this is what their customers are asking for, and we are very happy to say that a couple of weeks ago we processed over $75,000 in bitcoin bookings.”

TPI announced last month that the booking agent, Carine Taylor, is an eight-year TPI veteran based in Ottawa. “I was excited when I contacted this client, who has been a client of mine for a while, and suggested to him to use his bitcoins for his upcoming trip,” said Taylor. “It was an easy and simple transaction and my client is pleased to be TPI’s first client to use cryptocurrency. We will absolutely continue using bitcoin for all future travels.”

TPI first announced that it would be accepting bitcoin as a form of payment back in May to provide more payment options to its advisors.

On meeting the needs of its advisors and customers, CEO Zeina Gedeon said: “Offering travellers another way to pay for their vacations opens up so many more avenues for them. Our cryptocurrency clients can now shop from the vast array of vacation options, including all of the Virtuoso products available at TPI, as well as receive top-notch, personalized service from their TPI Travel Advisor. It’s a win-win for our network and for our clients.”

In a follow-up interview with Sphere, Gedeon said TPI does not handle the bitcoin transactions itself. Instead, they are done by a third-party to minimize risk.

The booking was from an existing TPI client, “who now has told his friends and we have attracted a completely different client base,” says Gedeon.

So what is bitcoin? It’s digital money and it’s been around since 2009 and, in the words of CNNMoney.com, “transactions are made with no middlemen – meaning, no banks.” It has value, because right now no one’s sure if it’s the currency of the future, or just the latest blink-and-you’ll-miss-it tech trend, and everyone is hedging their bets. As CNNMoney.com points out, bitcoin isn’t tied to any particular country or even subject to regulation – yet. People can transfer bitcoin payments via mobile apps or their computer.

TPI isn’t alone in accepting bitcoin in the travel industry. Earlier this year the German National Tourism Board also announced it would begin accepting cryptocurrencies including bitcoin.

Both CNNMoney.com and ConsumerReports.org offer good explanations of just how bitcoin works, and what its future prospects are (or aren’t).

Todd Knapp, CEO of Pawtucket, RI-based Envision Technology Advisors, talked about both bitcoin and blockchain at Collette’s global travel forum held recently in Providence, RI. He calls bitcoin a “peer-to-peer electronic cash system” and says that while the world is still in the early adoption phase of this technology, “as nations begin to adopt digital currency technology it will mature as a means of payment. After all, at one-time credit cards were not accepted in many places either!”

Knapp adds that while bitcoin specifically may never be widely accepted, digital currency as a concept “is absolutely something that will continue to gain acceptance.”

Part of the challenge, he says, is that outside of the world’s major cities, Internet access and speed still lag, and that’s a problem for getting an entirely digital currency off the ground.

“Even here in the U.S., there are many areas with Internet access that is akin to old broadband dial-up, as opposed to the high-speed connection we find in major cities,” says Knapp. “Having to access digital assets when a connection is slow, or non-existent, is a legitimate challenge.”

The travel industry is obviously not confined to major cities like Paris, London, or Toyko, of course. “So what happens when someone is on safari in Africa or trekking amidst the glaciers of Iceland? Internet access in those areas might not allow for rapid access to digital platforms and currency. So it’s not unreasonable to say that adoption [of digital currencies like bitcoin] will closely follow the growth of Internet accessibility worldwide.”

That said, the global rate at which people are connected to the Internet is faster than it’s ever been and continues to accelerate, says Knapp. “We’re not talking about the distant future. It’s closer than anyone might think.”