E and B Travel Service.

Welcome to the E and B Travel Service web page. We invite you to take a look at all this page has to offer and we want you to book your next dream vacations with us. We want to be part of assisting you in creating memories that you will cherish a lifetime.

We know that outside of buying your family home taking that dream vacation is a very big investment you want to have it done correctly. We at E and B Travel Service want to make sure nothing is left to chance and that when you leave your home you know that your plans are secure and the itinerary has been developed with your families needs as the top priority.

E and B Travel can assist you with:

There are two ways to book:

In order to book using the E and B Travel online program, you will need to receive a password. To receive the password it is a quick email to dwinsor@tpi.ca and you should receive a reply within 1 hour. 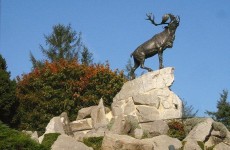 Trail of the Caribou

This summer we were lucky enough to be part of the 100th Anniversary Celebrations at Beaumont Hamel. On June 26 my wife, Mother-in-law, two daughters and 140 others (4 coaches) travelled to Paris to start our adventure through France and Belgium.

The ten day tour was jam packed including visits to museums, cemeteries, cathedrals, and war memorials but the highlights for me were Beaumont Hamel, Vimy Ridge, Juno Beach, Dieppe, Flanders fields and of course seeing the five Caribou monuments throughout France and Belgium.

Many of us had a reason to be on this tour which made it even more meaningful. My friend brought a rock from his father’s grave at the Veteran’s Cemetery in St. John’s to leave at Dieppe where he fought in WWII and returned with a beach rock from Dieppe to place on his grave. Others had relatives who fought at Beaumont Hamel and they had an opportunity to see the trenches, the danger tree, and lay a wreath in their honour.

To make this tour even more special, we had the privilege of having General Rick Hillier and his wife, Joyce on our coach. The General shared emotional military stories and humorous anecdotes over the ten day journey adding to the whole experience. He is quite the story teller and at the end of each day he would always say, ‘Doesn’t that make you feel proud to be a Canadian? A Newfoundlander?’

We walked on the beaches of Normandy at Juno Beach and Dieppe where the soldiers walked many years ago in WWII. Throughout the trip we located five caribou memorial sites placed after the war to commemorate the sacrifice of Newfoundlanders: Beaumont Hamel, Masnieres, Gueudecourt, Courtrai, & Monchy-le-Preux. These memorials are replicas of the caribou monument in Bowring Park.

Of course the main event was the 100th anniversary celebration at Beaumont Hamel. It was a cool, damp day and there were hundreds of people of all ages, many of whom were Newfoundlanders, gathered on the grounds near the trenches. The ceremony comprised of official remarks from dignitaries such as Prince of Wales, French and Canadian Government Representatives, military officials, and presentations from the youth of Newfoundland.

After the ceremony we had the opportunity to lay a wreath at either the caribou monument or at the graveyard. We laid a wreath on one of the many unknown graves to remember the young soldiers who made the ultimate sacrifice for our country.

Prior to us leaving the site, 140 of us gathered at the entrance to Beaumont Hamel to sing the Ode to Newfoundland. As we got there, it started to pour and we were soaked in seconds. Some of us said that it was as if the soldiers were crying down upon us. it was an emotional tribute of ‘Where Once they Stood, we Stand.’ 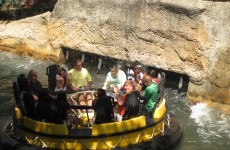 In October 2012 three couples within our family decided to head south for a relaxing vacation to shop and enjoy the sun. We stayed at Magic Landing Way, Kissimmee about 20 minutes away from the Disney area. Orlando offers a variety of activities including shopping, theme parks, water parks, and of course lots of sunshine! One of the best memories I have for this trip is my adventure zip lining over the alligators in Gatorland. It was quite the experience!

In March 2014 the six of us again headed to Orlando enjoying the same beautiful home at Magic Landing Way. After shopping till be dropped, we headed to Tampa to visit Busch Gardens which has a great mix of rides in a theme park but also the many animals spread throughout the park. It was a great vacation!

In November 2014 my youngest daughter and I headed to Orlando again as she hadn't been there since she was very young. We both became children again as we enjoyed the adventures of the theme parks at Disney and Universal. Of course the shopping was great too and just in time for Christmas!

Orlando is a great location for travellers looking for sun, shopping and fun and adventure!

Derek Winsor is an independent owner, affiliated with TPI.